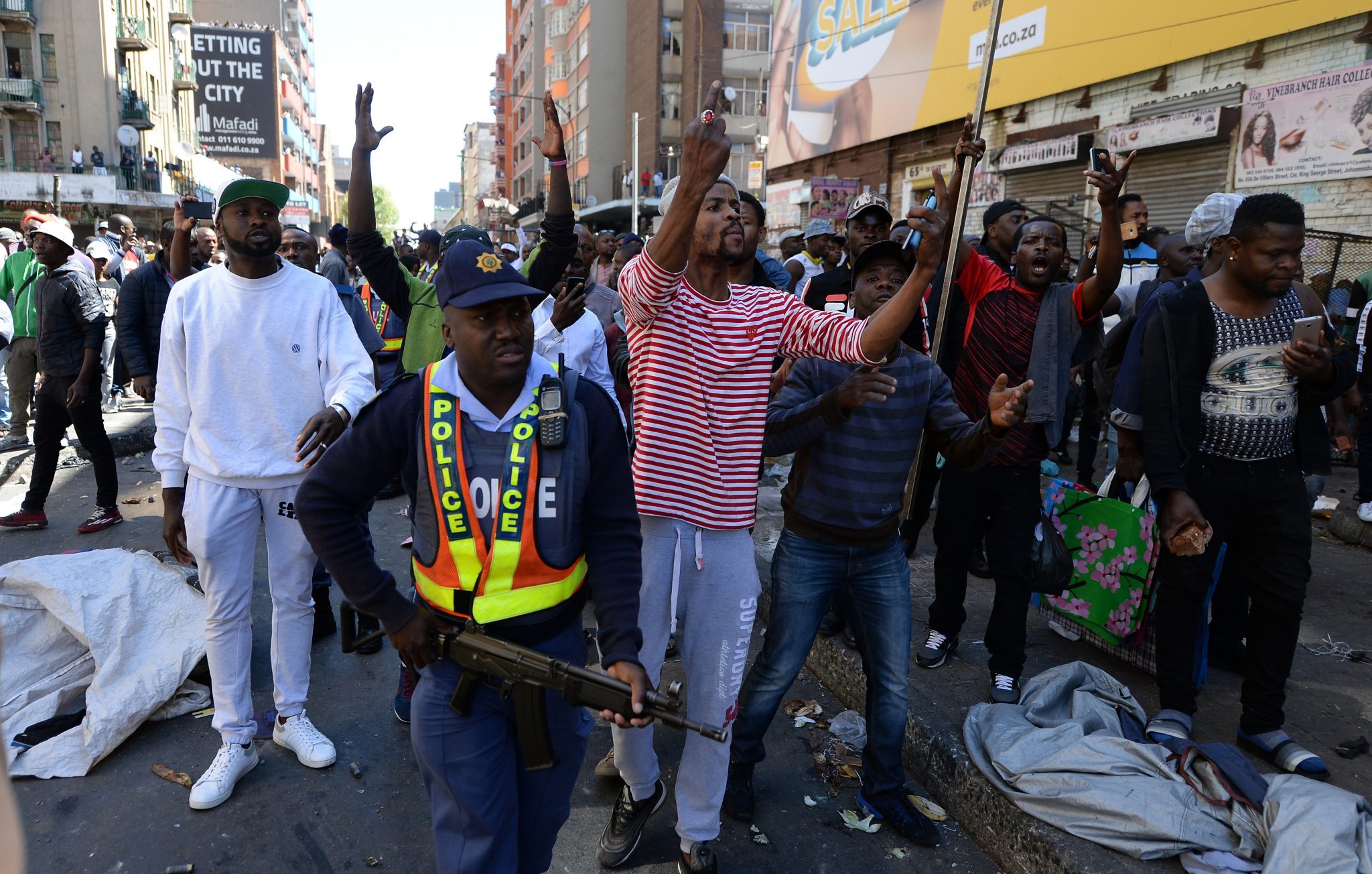 XENOPHOBIC ATTACKS, THE RESULT OF WRONG IMPRESSIONS: A CALL FOR SWIFT RESOLUTIONS.

There is an urgent need to place the recent xenophobic attacks in South Africa against foreign nationals as a needless evil perpetrated by some South Africans to grow hatred among the African communities. The sad event has evolved from a wrong impression that other Africans enjoy an undue dividends. This opens up the lack of opportunities for this section of South Africans which they have wrongly blamed on the so-called foreigners.

In 2008, we were taken aback by the outbreak of xenophobia which has led to the continuous looting, theft and violence against shopkeepers and non-nationals in South Africa. This tragic event has placed the South African government on the wrong side of history for the lack of a disciplined and principled leadership in solving xenophobia. Their after-the-fact responses have consistently lacked the sustained seriousness that is needed.

This event has led to the brutalisation of Fellow Africans from Mozambique, Malawi, Somalia, Ethiopia, Nigeria, Zimbabwe and other countries. These Africans have been forced to leave their homes and businesses as they run in fear of losing their lives. The gratuitous and barbaric nature of these attacks serves to underline real social cohesion arising from growing poverty, unemployment and sense of despair in South Africa.

It is therefore worthy of note that South Africa must return to the path of honour by strengthening their democracy, rule of law and judicial system. The reign of violence, lawlessness and anarchy in the country must be ended and this can only be done when all stakeholders are ready to work hand-in-hand.

Firstly, the government of South Africa must help in closing the gap of social injustice and political grievances coming from a section of its citizens who are disaffected. We must not look away from the need for an urgent action and there is a need to know the root causes of this situation. Our governments must demonstrate true understanding of the situation and must be ready to listen to our people.

More importantly, South Africans must be reminded of the sacrifices made by other Africans in the neighbouring countries and beyond in support of the freedom they enjoy today. They should understand that other Africans come to South Africa to work and to flee conditions of real poverty, conflict and dictatorship beyond their control. This requires all of us in Africa to improve the conditions of our people together.

The Xenophobic attack is the result of an accumulated frustration exploding beyond control. Africans are tired of living in penury while others live in great luxury. Africans from other countries should not be the victims of the anger and violence from South Africans. As the leadership of West Africa (ECOWAS) Youth Council (EYC), we have always campaigned for the improvement in the general welfare of the average Africans and the reasonable reduction in the gap between the poor and the rich. Over the years, we have held summit to emphasize on the need for peaceful coexistence among Africans and other citizens of the world.

On this note, we urge the South African government under the leadership of Cyril Ramaphosa to bring a total halt to this unfortunate event. The South African Development Commission (SADC) should help ensure the total freedom of Africans, either nationals or non-nationals, to make and take the economic opportunities that arise from regional integration and international trade. In line with its goal to achieve collective economic self-sufficiency, the SADC should ensure the South African government guarantees the safety of lives and properties of all foreign nationals in the country.

As the force uniting all African states, the Africa Union (AU) should diplomatically resolve issues between the two countries in a bid to put an end to the killings of innocent Africans in South Africa and any other countries. The EYC will work with other bodies to do all that is needed to prevent a further escalation of these horrific attacks, while we seek a long-term interventions to prevent similar occurrence in any part of Africa and the world at large. We extend our sincere condolences to the families and loved ones of all the victims of this unnecessary attacks. We promise to move at a great speed to ensure that justice is served and peace is returned as soon as possible.