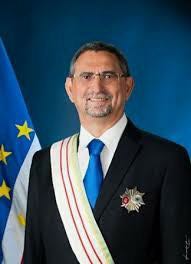 At the recent summit of Heads of State and Government of the African Union
.
I launched the challenge of organizing a large forum, a great event, for young Africans.
.
Beyond us, leaders and politicians, would it be young people to talk about their specific problems, their vision of the future of the continent and its countries, their perspective on the Union and, why not, about African leaderships.
Let’s work hard to make it happen, if it is done, which is not easy, let’s say.
.
– At the same time, we also have the idea of ​​organizing a similar event in Cape Verde, bringing together representatives of the youth of the ECOWAS countries, perhaps adding young people from other places and other community spaces. There are already seed launches, contacts and established networks.
.
Even today, in Monte Tchota, where I met with my employees and collaborators, we talked about the project. This project – which would have happened among us – would naturally involve young people and their Cape Verdean organizations and articulation with other national, public and private institutions.
.
“- I should like to thank the distinction – as President of the year 2016 – granted me by the ECOWAS Youth Council. A simple homage, especially sympathetic, symbolic and stimulating (I was the first African Head of State to receive such a prize), which I share with the young people of Cape Verde and with all the fighters for freedom and democracy in our country”.