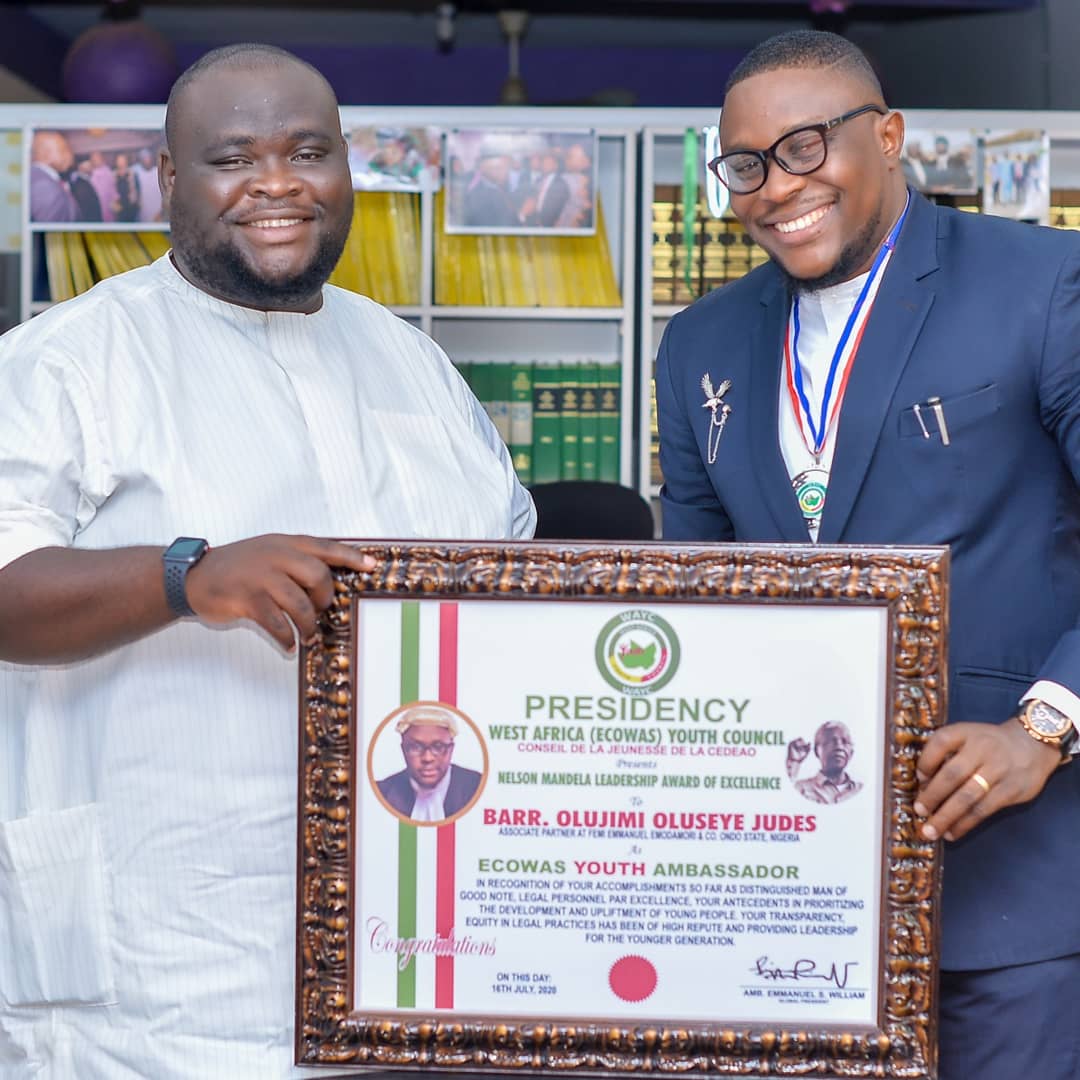 Furthermore, He said the Council deems it fit to bestow this honor As EYC Ambassador with Kwame Nkrumah Leadership Award Of Excellence based on his representation at all levels for young people and the courage to take up political leadership and also providing leadership for the younger generation. He also acknowledges his great effort in entrepreneurship and service to humanity, in later mentioned few West Africa Youths that have been encouraged with this honor the likes of Linda Ikeji and Seyi Tinubu.
Barrister Ambassador Oluseye Olujimi in his appreciation remarks thank God almighty and the Leadership of ECOWAS Youth Council for seeing to be worthy of this prestigious honor.

Furthermore, OLUJIMI said he has been a Crusader for social justice and change, service to humanity, and a strong Advocate for Paradigm Shift, thus taking his generation from shackles of obscurity to limelight without fear or favor. Moreover, he said the honor is a morale booster for him and encouragement to do more, he later promised WEST AFRICA (ECOWAS) YOUTH COUNCIL to be a worthy Ambassador at all levels both local and International.
Barrister Ambassador OLUJIMI OLUSEYE JUDES is a native of Igbara-oke of Ifedore Local Government Area in Ondo-State, Born to the Family of Professor and Mrs. J.A.B Olujimi.
…He is a philanthropist, this was shown in his demonstration of empathy when he distributed food palliatives to people of Akure and Igbara oke not minding their political affliction be it APC or PDP.
…His involvement in politics at his early age serves as an encouragement to many youths and it is evident as he is one of the major contestants for the Ondo state PDP SECRETARY.
….He is a vibrant legal practitioner to be reckoned with in Ondo state as the records are there to speak volumes for him as a successful lawyer.
..He is a member of the International Bar Association. …He is also a member of the Nigerian Bar Association.